Only three years ago, AAK had to pay others to get rid of most of the side streams from the production of shea oil - today the company makes money from the sale of the by-products that are used for very different purposes. 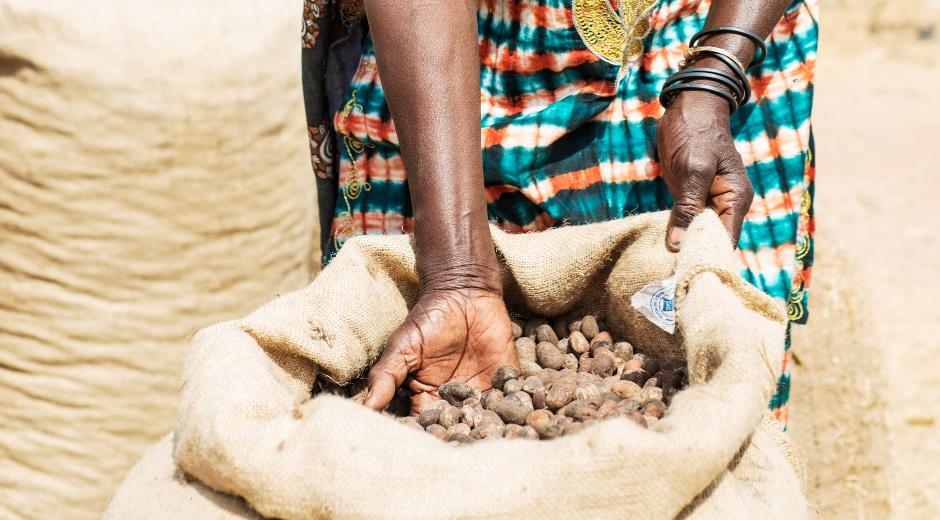 It is about an inseparable mix of sustainability and economy, when the large Danish plant-oil producent AAK has thrown itself into the fight against raw material waste.

“Most food companies today are very lean. They have a strong focus on creating as good products as possible, on optimising production. There is a clear focus on the main production, while side streams and by-products are a nuisance. Sometimes you have to pay to get them picked up, other times you are lucky that some will pick it up for free. This was also the case at AAK before,” explains Erik Møller Madsen, Sales Manager Nordic & Baltics at AAK.

"Today we make money from the by-products, and after expanding our customer base, we can now send the by-products out in tenders and thus ensure the highest possible price," says Erik Møller Madsen and adds:

"At the same time, I also think we have an obligation to use the raw materials we get in, as best we can."

It is now three years since Erik Møller Madsen took up the challenge with the sidestreams in AAK's production.

“I started by getting an overview of what by-products we had, who obtained them, and what they were used for. There is also some geography involved - because the price of by-products can also be politically determined. It turned out that we had a limited customer base, and that the few customers and agreements we had, we had had for many years - which was not necessarily helpful for the price," says the sales manager.

He then set about finding alternative buyers. Both geographically and in relation to new uses of the by-products.

Shea is the good example

Erik Møller Madsen explains that AAK's shea oil production is a good example of his work at AAK.

Shea kernels are a very sustainable product in themselves with a low CO2 footprint. The trees grow wild in central Africa, there is no deforestation involved - nor any use of fertiliser or artificially watery. AAK signs an annual contract with hundreds of thousands of women who are responsible for the collection of the kernels. The payment to the women takes place in two installments, so that an amount is paid in advance at the signing of the contract and the rest when the shea kernels are handed over. At the same time, the women are given a bank account for their pay so that they can better maintain control over their own funds.

From here, the shea kernels are shipped to Denmark, where they are processed into the shea oil, which is used in both chocolate, dairy and bakery applications as well as for cosmetics. As a sidestream in that production, a large number of by-products emerge. Primarily shea flour, but also various fatty acids, shea olein, sludge and soapy water.

"We can sell a lot for biogas - but we are also involved in an experiment where the shea flour is used as bedding in cowsheds instead of straw - and then afterwards used for biogas," explains Erik Møller Madsen.

“Real value and innovation are created when you meet other people with different insights. This agenda of sustainability is something we all have to engage in - as an industry, as a country and as individuals. That is why I am part of this network,” concludes Erik Møller Madsen.

AAK has turned side streams in shea production from problem to profit /Default.aspx?ID=11302&newsid=2866&Action=1&M=NewsV2&PID=70414 https://foodbiocluster.com/Files/Images/Medlemshistorier/AAK-weighing-shea-december-2018-Charlotte-Kropholler-Photography_CRK9385-1.jpg