Sales of a sustainable, seaweed-based alternative to roe have multiplied since 2018, and the rapid sales growth is expected to pick up further after a new product launch in early May. 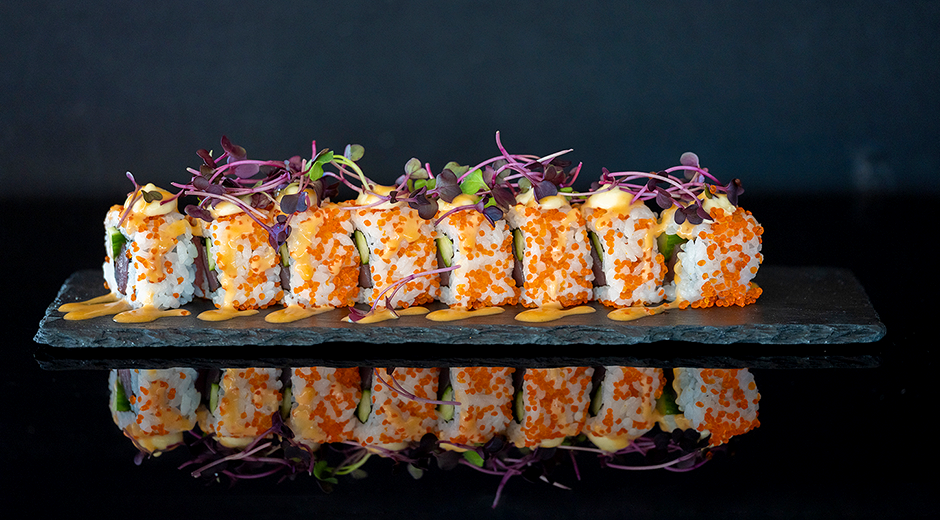 They look delicious, the shiny little pearls on the freshly made sushi. But does it have to be roe from fish? Not if you ask a vegan - or at Jens Møller Products in the Danish town of Herning.

The family-owned company has been producing the product Cavi-Art for more than 25 years - an alternative to caviar made from seaweed. The seaweed is sourced from France, where the raw material is harvested sustainably along the French coast.

A few years ago, the product portfolio was expanded with other seaweed-based delicacies, and in particular an alternative to two types of roe used for sushi has now really gained traction among consumers.

These are the roe types tobiko, which is made from roe from flying fish, and masago, which comes from capelin - a fish that is related to the pike, but which lives in Arctic waters around Iceland and near Greenland.

In terms of price, roe from flying fish is in a somewhat higher air layer than roe from the capelin, and in addition the price fluctuates up and down depending on the amount of roe landed. The same applies to the masago, but the capelin stock is under so much pressure that the Icelandic Institute of Marine Research last year advised against all catches of capelin in Icelandic waters.

Initially, it was also the lack of capelin roe that drove up the demand for the alternative from Jens Møller Products, but since then the consumer demand for sustainability has taken over.

- By using our seaweed caviar instead of fish roe, you avoid eating the next generations of fish and thus disturb the ecosystem in the world's oceans, says Poul Jensen, Sales Director at Jens Møller Products.

- We contribute to the biomass in the oceans not just being maintained, but increased. We have to use the biomass the right way and eat the fish when it is big - not when it is just a small roe.

From a half to 10 pallets at a time

Jens Møller Products has seen the turnover of the company's alternative to tobiko and masago - called Tosago - grow by several hundred percent over the past 12-18 months, and Poul Jensen expects a further doubling of the turnover already in 2021.

- Two years ago, our customers typically ordered a few hundred kilos at a time. That equates to half a pallet. Now they typically buy 10 pallets - or 7 tons - at a time, he says.

- In 2019, the restaurants wanted to have vegan alternatives on the menus. Then came the lack of capelin roe, and now it is the demand for sustainability that is driving the demand.

High expectations for product that can be frozen

So far, Jens Møller Products' seaweed beads have had to be stored at temperatures between 0 and 35 degrees. It is - in contrast to fish roe - optimal for, for example, the German retail chains, which typically have sushi trays in refrigerated display cases at between 7 and 8 degrees.

However, the fact that Tosago has not withstood sub-zero temperatures has excluded the product from sales through distribution channels built around the transport of frozen goods.

But that situation is facing a radical change, which Poul Jensen and the rest of Jens Møller Products attach with some very high expectations.

- At the beginning of May, we will launch Tosago as a frozen product, and that will open up some completely new sales channels, he says.

- From then on, our alternative to fish roe will be able to be stored at temperatures between minus 18 and plus 35 degrees. All those distributors who have built up a logistics and sales systems based on frost will be able to include our products in the future.

Believe that customers have come to stay

According to Poul Jensen, fish has always been a conservative market, so it is no surprise to him that it took a shortage situation to instigate a change.

On the other hand, he is convinced that the company's customers will not return to fishing roe, even if the lack of capelin roe should go away.

- Today we have the perfect product. It meets all the same criteria as masago, and at the same time it is sustainable and can be stored at both plus and minus degrees, says Poul Jensen.

- We have not heard a single customer say that they would like to return to roe.