Rune Friberg and Marco Hultmann are at the forefront of the fight against food waste in the professional kitchens. At restaurant BioMio, they developed practical techniques and knowledge that they now share with anyone who wants to listen. Today they teach others. 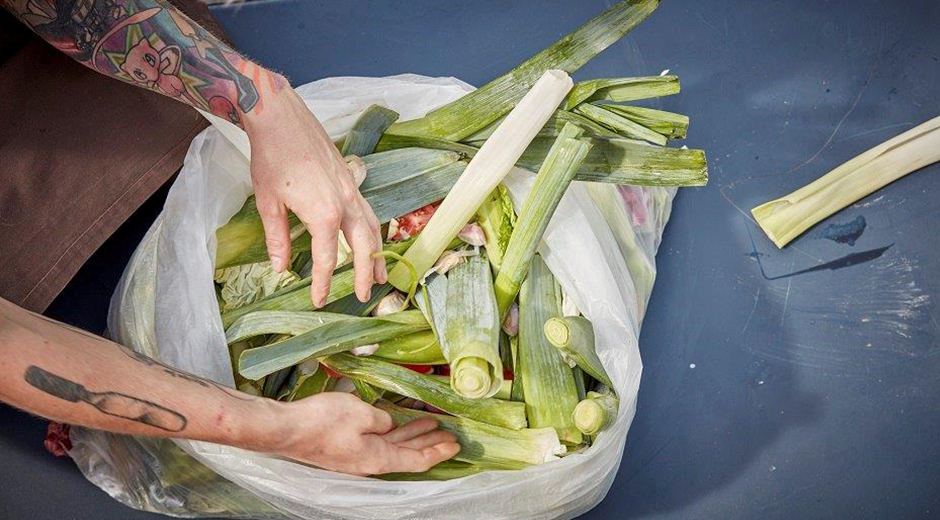 It all began very traditionally. Rune Friberg started out with a job as a dishwasher. He later got a student job as a waiter. Eventually he bought his own restaurant - BioMio in the very fashionable, former meat packing district of Copenhagen. An organic bistro with a focus on sustainability. Here he teamed up with chef Marco Hultmann.

"When I started in this field, I had no idea that I would end up as a food waste ambassador. That food waste would turn out to be a key part of the ideology,” says Rune Friberg.

But his passion for high quality foods and the full utilisation of every single product doesn’t come from strangers - it comes from his grandfather's apple orchard on the small Danish island Langeland.

“When I bought my own restaurant, I wanted an overview of how we used all our ingredients. Because we tend to waste incredible amounts of perfectly edible food in professional kitchens. I just couldn’t accept that. I was a little upset and angry - and then I found new energy and decided to do something about it,”  says Rune Friberg.

It was in the partnership with Marco Hultmann that ideologies came into action. Marco is a chef - Rune is not. But together they developed both a playful and methodical approach to better utilisation of everything from onion peels to fish bones.

“The first thing we did was collect all the organic waste we threw away in a single day in large plastic containers to get an overview of exactly what we threw out. Then we started working with a trial and error-approach as to what we could get out of the different things,” he says and gives an example:

“The onion peels were incredibly hard. I think we tried 10 different things. We tried to burn them, boil them, cool them down. We then found out that it works really well, when we put the peels in oil and kept them at a low temperature overnight. Then they could be used for mayonnaise and other things,"

However, it's not all just about being completely practical and finding a new role in delicious dishes for the onions' troublesome peels - or for the used coffee grounds that has found new life as a part of a dessert.

For Rune Friberg, the sustainable approach to food waste has another equally important aspect: It is important to write down and follow a so-called code of conduct - a written codex that describes why and how they should work with sustainability and food waste.

"A code of conduct is more valuable than you might think. It's all about how to change your habits. How to think in new ways. How to get your staff involved and how to implement new strategies,” explains Rune Friberg.

For him, it is about combining the two things - the practical approach and the strategic one.

Today, Rune Friberg has sold BioMio and works all his time as a consultant teaching other restaurants and professional kitchens about optimizing the kitchen percentage - and creating delicious food out of everything that previously smoked in the trash.

All the experience the team from BioMio have gathered in the restaurant, they have collected and published in the book "Retake Your Foodwaste" (in Danish) in collaboration with Daka ReFood and Agriculture & Food. So that others can be inspired.

"Every time I gain new knowledge, I really want to share it with others. We should all do this. Some are turned off by the mere word 'sustainability' - others find it incredibly motivating. I always try to point out that sustainability and economy are closely linked. By making better use of the produce we buy, we also save on purchases – which leads directly to profit. So, whether you do it to get a better kitchen percentage - or you do it to save the world, there is just one thing to do: Get started!” says Rune Friberg.

"This is not a difficult journey, but it’s important not to set barre too high from the beginning. You should make some sub-goals, achieve them and celebrate them. Then you have to set a new goal and reach it, then another one,” he concludes.

Rune Friberg is one of the speakers at a new food waste course for professional kitchens that Food & Bio Cluster Denmark is offering throughout 2021.

Onion peels and used coffee grounds get a new life and boost the economy at Rune’s kitchen /Default.aspx?ID=11302&newsid=2853&Action=1&M=NewsV2&PID=70414 https://foodbiocluster.com/Files/Images/Medlemshistorier/Runeskoekken_940x520px.png